Dr. Nir Raz, CEO & Founder
Over the last decade, commercial unmanned aerial vehicles (UAVs)—commonly known as “drones”—have been increasingly adopted by the general public. This phenomenon has resulted in rising security concerns as these devices can intentionally or unintentionally pose severe threats to the security of a nation. Due to their low visibility and high payload capacities, drones can be used to bypass existing security measures which have been designed for a 2D world. With such potential to cause harm, this technology is evolving into one of the most significant concerns for government and corporate security officials.

Enter, Vorpal—an Israeli-based company that focuses on monitoring drones to help clients enhance security with effective counter-drone operations in both rural areas and dense urban environments. “We provide accurate and high sensitivity detection, localization and tracking that provide our customers with all the information required to proactively respond to threats,” says Dr. Nir Raz, CEO and Founder of the company.

The company’s ex-military expertise adds enormous value in the areas of signal processing, intelligence, and analysis. “We’re leveraging the knowledge used by advanced proprietary signal processing algorithms and applying it in drone detection and tracking,” asserts Dr. Raz. Vorpal’s secret sauce allows its technology to cover extremely large areas, even in dense urban environment, while complying with current regulations. As a testimonial to its capabilities, Vorpal was able to track drones and catch drone operators even in the center of Manhattan during large crowd events.

While most solutions in the field target small perimeter defense due to technology limitations, Vorpal, on the other hand, using its propriety technology, is aiming to cover whole cities and large scale infrastructure by collaborating with top telecommunication companies to execute such projects. Vorpal enables its customers to be aware of any drone activity and have more control over mitigating drone threats in a better-localized, lower-impact manner. With the accurate information on a particular drone’s location, users can effectively employ low impact mitigation means that help to minimize possible collateral damage in sensitive environments.

We provide accurate and high sensitivity detection, localization and tracking that provide our customers with all the information required to proactively respond to threats

Exemplifying Vorpal’s capabilities, Dr. Raz cites a success story where VigilAir enabled the Israeli police to monitor and secure the Eurovision Song Contest. As it was a five-day event, the Israeli police wanted to make the entire event area a no-fly zone. After they deployed VigilAir, they were able to generate a detailed picture of the drones in real-time. The police were able to confiscate dozens of drones and apprehend over 20 operators, catching them in real-time and in some cases, even when the drone was still on the ground. This was a big win for both the Israeli police and Vorpal and the first time that a law enforcement agency was able to operate in scale and apprehend that many drone operators and deter others from operating drones in a no-fly zone area.

With such success stories, Vorpal is on a drive to expand its offering and its global presence into the aviation and critical infrastructure spaces. “We are working with stakeholders to deploy and integrate VigilAir into their security deployments, making it quick and cost-effective,” concludes Dr. Raz.

Description
Established in 2016, Vorpal is a company focusing on cutting-edge signal analysis products and solutions. The company has accumulated years of experience in both designing and realizing advanced signal processing and analysis solutions, with unique in-house proprietary knowledge and algorithms built on a solid base of deep literacy in relevant domains of Physics and Mathematics. Aided by vast experience in military-grade Signal Intelligence, Vorpal successfully designs and deploys advanced, highly accurate geolocation solutions. Leveraging a wide array of in-house capabilities, Vorpal builds its systems with optimal integration of hardware and software to provide best-of-breed RF-based geolocation solutions with extremely low TCO 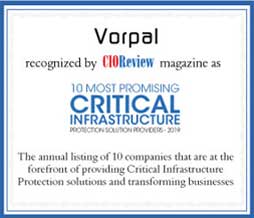 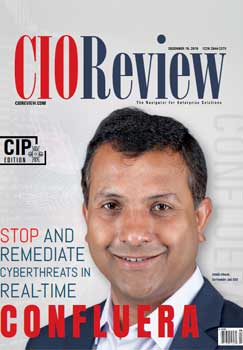